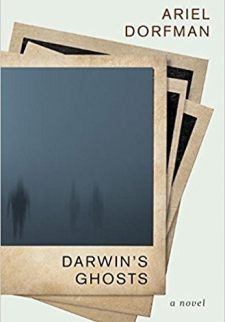 From the author of Death and the Maiden and other works that explore relations of power in the postcolonial world, comes the story of a man whose distant past comes to haunt him, leading him to uncover his ancestors' involvement in the sordid story behind 19th century human zoos in Europe.

On Fitzroy Foster's fourteenth birthday on September 11, 1981, he receives an unexpected and unwelcome gift: as his father snaps his picture with a Polaroid, another person's image appears in the photo. Fitzroy, together with his feisty childhood sweetheart, sets out on a voyage to discover this stranger's identity, in a journey that will take him into the darkest past of his own family history and on an epic sea adventure. In order to recover his own identity, he must unearth the forgotten stories of indigenous men, women, and children who were stolen from their homes and paraded around 19th century Europe like circus monkeys.

Seamlessly weaving fact and fiction, Darwin's Ghosts is a poignant, mournful cry for those whose travails have been long forgotten, and a lesson in the power of empathy and memory, and the value of forgiveness.