The Graduate Program in Literature (GPL) endeavors to train future scholars in theory and global culture. Originally conceived as a critical expansion of "comparative literature" beyond its founding Eurocentrism and its (near) exclusive focus on literature and language, the GPL hosts a robust range of scholarship and teaching in a variety of areas, ranging from feminist and gender studies to political theory and Marxism, from psychoanalysis to cognitive studies and neuroscience, from philosophy of language and experimental literature to media studies in the digital age, and from global cinema and film theory to visual culture and postcolonial studies. The program defines itself through its diverse investment in theory and is dedicated to understanding literary and cultural history as a complex and evolving exchange between the past and the (future-oriented) present. 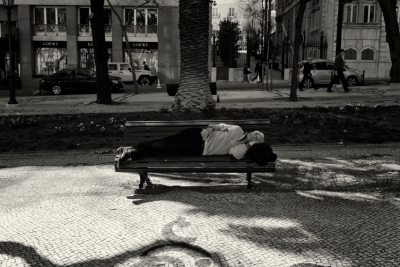 The immense geopolitical changes of the last decades have challenged the logic of the traditional disciplines, altered the status of the arts, and interrogated classical aesthetic values. With its broad and open-ended embrace of global cultural objects and processes, the GPL seeks to theorize the cultural upheaval of recent times in all of its contemporary richness. By questioning the traditional conception of literature as a privileged cultural domain, and of the literary text as an isolatable aesthetic object, the GPL adopts a "post-textualist" approach to culture - including literature - that engages the profusion of diverse modes of production across received boundaries. We encourage our students to explore the connections between theory and innovations in other disciplines - anthropology, psychoanalysis, philosophy, art history, film and media, gender and sexuality studies, religious studies, the history and philosophy of science and technology, law - that share an investment in narrativity, structure, communication, and interpretation.

Highlights of Our Program

To ensure success in the teaching profession, the GPL requires all students to pursue a double specialization that interweaves a "research" field with a "teaching" field. The former designates students' specific theoretical inquiry within the broad cultural field, while the latter is intended to embed this research within larger, pre-existing areas of scholarship, as a way both to make the theoretical inquiry professionally legible and to enhance its scope of relevance within the rapidly morphing scene that is the Humanities today. Together with appropriate teaching experience, this double specialization is intended to guarantee that our students are solidly and widely trained while affording them the opportunity to pursue their own theoretical interests wherever they may lead. In sum, the GPL seeks to develop critical and independent thought combined with substantial training in research, and to allow each student, within these parameters, to construct his or her own intellectual program. Many of our graduates have gotten jobs in English or other literature departments, while others have found positions in departments of cinema and media studies, gender and sexuality studies, and cultural studies, among others.

The Graduate Program in Literature is a doctoral program, which means that all students enrolled prepare for the Ph.D. degree. The program does not grant M.A. degrees along the way nor does it grant terminal M.A.s to students who leave the program before having completed the Ph.D.

Assistant to the Director of Graduate Studies